I’m done with my entire MLIS course about reviewing terrible books so that I can actually review fun books again, and I’m cleansing my palette with I Am Providence, by Nick Mamatas.

END_OF_DOCUMENT_TOKEN_TO_BE_REPLACED

Here’s a handful of the limerick series I penned to help drag the form out from Nantucket’s shadow. Sure Rhode Island’s poetic representatives aren’t as physically impressive as their northern neighbor, but they probably have great personalities!

There once was a man from Warren
Whose sexual acts were quite borin’.
He hooked up with a chick
who was narcoleptic,
so he didn’t wake her while performin’.

There was once a young fellow from Coventry
who could not help from falling in love with me.
Didn’t want to be rude
since I’m not in to dudes,
so we only made out one time… okay, three.

END_OF_DOCUMENT_TOKEN_TO_BE_REPLACED

A recent study published on PLOS ONE has determined the most racist areas of the United States based on the frequency with which locals have searched for the N-bomb on Google. Just look at Little Rhody burning bright in the upper-right corner of Figure 1! 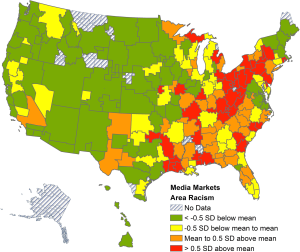 Ten bucks says the researchers accidentally included the contents of H.P. Lovecraft’s collected letters in there with the search statistics.